Radio host Alex Jones can be heard live Mon-Fri, 12-3pm Eastern time.  The Alex Jones Show airs on over 160 AM, FM, and shortwave stations across the United States at these times and is often rebroadcast later in the day.  The show claims the largest draw in the talk genre on Shoutcast and the Internet.

You can always click on the live audio playing on the top right of his website
infowars.com

So you're still using that fancy late 20th century Time Machine — the microwave oven.  You like that it has the ability to transport your food to another dimension where time moves faster or at least it somehow bends time so that you can have your eaties cooked NOW!!!

I'm not as far off as you might think on this time travel thing.  Stay with me.  You see, that microwave radio transmitter you have in you kitchen might not be changing time for your food, but it very well my be changing time for you.  Making your life end sooner!  Not from the fact that it's a dangerously high level of radio waves that are harmful to the human body that are transmitted in the near vicinity of your body.  No, it's what it's doing to your food that you're consuming that's taking time from your existence.

It is odd how the FCC has better regulations governing human proximity to AM and FM radio antennas that are behind a locked fence than the radio transmitter in your kitchen.

A note on the microwave levels for those who think it's no big deal … ask yourself why they have to put up notices in business where microwave ovens are in use for pacemaker patients if there's nothing to be concerned about.

The food death health issue I'm dealing with is that microwaveing food kills many vitamins,
antioxidants, and nutrition.  I believe it also alters things at the molecular level too.  I've heard for years that plants will not live when watered with water that's been microwaved (cooled back down of course).  You can now find several people that have tired this experiment with plant death as the result.  If something as basic as water isn't water anymore, then what is happening inside that magic box, what dimension is your food going to?  If water isn't safe what is it doing to all your other foods?

Shall I continue on the female hormone estrogen that is given off from plastics when microwaved.  You know, the plastic containers that you store your food in that goes straight into the microwave oven to be warmed up.  Since I find that even people that know these plastic containers give off hazardous toxins when microwaved still do this out of connivence.  Since convenience is what this Time Machine is all about anyway.  Now these hazardous toxins might be a health hazard, or perhaps this answers some unasked questions with female problems, or our children in the last say 30 years, or the increase of homosexuality in the same time frame.  Remember we have been buzzing these magic boxes for 50 years now.

No, this isn't a shameless plug for the FlavorWave or NuWave Ovens, it's just facts.  I love my FlavorWave Oven because they are safe and healthy.  I have also found there is a NuWave Oven brand that is very similar to the Flavor Wave Oven.  These are both convection ovens (and most likely advertise on this site).  They cook with something called heat, (remember heat?  fire?) not radio transmissions.  Check out heat, it's been in use for about 7,000 years.  Pretty safe sand reliable tuff as far as cooking goes.

Here's some links to articles I've come across — you read, you decide.

The Hidden Hazards of Microwave Cooking

If half of the students at Virginia Tech (VT) were armed do you think it would have had the same outcome? If some student would have had the right to carry a gun that person or persons could have lessened this toll, even if that person would have used a gun haphazardly. But then again to get a concealed carry permit in Virginia you have to have a course in handling a firearm and a criminal background check. But still, they would not have been able to carry it at Virginia Tech because of the gun control that already exists. It's still illegal even with a permit to carry a gun on school grounds.

So we're back to our UK syndrome after all, we have a place (VT) where firearms are outlawed and we find that only the outlaw was able to have the gun. No one on the school was LEGALY able to have a gun to defend themselves.

IE7 Why you shouldn’t install it

It breaks a LOT of programs that rely on ie6.
It doesn’t work
I spent quite a few hours trying to fix my parents computer tonight …Read the rest of this entry »
Posted by Liam at Monday, December 04, 2006 No comments:

It is now official: Our solar system has only eight planets. 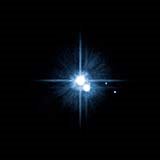 Textbooks around the world will now have to be rewritten.

Yes, it's official. 2,500 astronomers can't be wrong ... besides, what else do they have to do, it's only taken 2 weeks to decide against what we've accepted for so many years ... there must not be enough real science happening lately. Why with Global Cooling, oh wait, maybe that's it ... since the big cool down we've needed a diversion to take the minds off the fact the the Global Warming scare isn't really there. Is that it?!?

And what's this do for the mysterious Planet X (or 10), takes care of that one doesn't it. It's not Planet X anymore, it's something like Planet 9 ... unless it waits too much longer, then it might be Planet ... 4

My review of the FlavorWave convection oven.

My oven is the old original model #20007, without the bells and whistles they have now.  Like a light – it would be nice but I can’t see the bulb lasting in that heat (just an opinion, not a known fact).
One thing I think it should have (maybe the new ones do) is a lower ring that has air holes in it, for when you’re cooking things with lots of water in them, so it can dehumidify and cook them faster. Thou the complaint might be you’d risk a better chance of drying out your food then, but some foods need dried out. Just a thought, I’m not a cook.

It seems since I wrote that I found they did make a lower ring with holes, stainless steel none the less :).  My brother dug it up for me, as I've stated earlier, this FlavorWave Oven was bought by my Mum so I didn't know what came with it.
So a screened ring was included, nice.  Also a special pan for baking cakes in that has a special side release ring.  I haven't tried this one yet.
I (as an industrial microcontroller designer/programmer) would have designed the timer to run the fan a while after the heat cycle timed out, to cool the hot heating coil that sits close to the fan, and give the fan some extra life.

Perhaps now they make the timer so you can program to come on at a preset time and run for a preset time, like a simple bread machine or coffee machine does.  If not, then they should have.  Next time maybe.  Better to use a multi stage timer then, so you CAN cook a chicken and have it finish when you come home, without it poisoning you.  (Simple to do with a microcontroller).

Well, just some thoughts.  I've got a better review coming up, and pictures.

The FlavorWave convection oven is my newest finds and joys. I can now cook food with my busy lifestyle without having the fire department join me :) You see I start something cooking and get involved in other matters, and bam or should I say boom or is it burn? Anyway, it tastes the same, … charcoal.

I don’t sell the Flavor Wave convection oven or even know the company, I didn’t even buy mine. It was something my dear old Mum bought and stored away, and for that I’m grateful. So I’m not doing ads for the company, who is Thane by the way, it was Hearthware Home Products when mine was made. (Though I wouldn’t mind some kickbacks, seems I am in the Google top 10 for this oven) Are you looking for the FlavorWave convection oven scam? I don’t think there is one. From my findings it’s a good deal for the money. And no, I don’t own the company, I don’t know anyone in the company, I’m not getting kickbacks from the company (yet). What was the company’s name this week?

Now they make the “Culinary Award winning Flavorwave Deluxe Oven.” But I digress… to take a look at my antique, that’s still running fine. Stay tuned for that look in my next post.